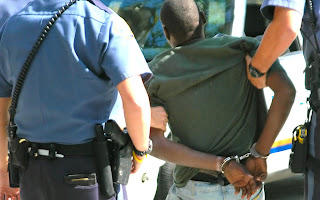 South African police have arrested a 25-year-old man suspected of attempting to smuggle 220 diamonds out of the country in his digestive tract through Johannesburg's main airport.
The Lebanese national bound for Dubai had swallowed $2.25 million worth of polished diamonds before he was stopped before a security checkpoint at Africa's biggest airport and then relieved of his concealed cargo, police said.
"We used laxatives to remove the diamonds," police spokesman Paul Ramaloko said on Thursday. The man will appear in court on Thursday.
In March, police arrested another Lebanese national who was attempting to smuggle $1.69 million worth of diamonds out of South Africa.