GUNMAN SHOOTS AND WOUNDS THREE PEOPLE AT A US HOSPITAL 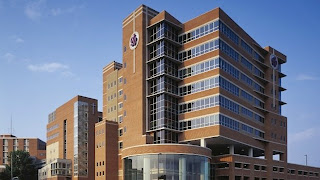 It seems that not a day goes by without news of a gun related shooting.

This morning, a man opened fire in a Birmingham, Alabama's St. Vincent's Hospital. The unidentified gunman managed to shoot two hospital patients and wound an officer before a second officer shot and killed him. The three people who were shot are now recovering. The authorities were called after a tipster phoned police to tell them that a man was walking around the hospital with a gun. "There is a security plan and it was implemented," said a spokesperson for the hospital.