- December 12, 2012
It's a few days into the year, and usually this is the period, where some people decide to bring a little sanity into their lives by making resolutions to drop some bad habits. If you undecided about things that you would want to let go for a better 2013. Here is a list of somethings you should definitely drop. 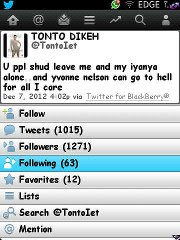 PARODY ACCOUNTS
Parody accounts like the one this guy created to mock the Tonto Dikeh, Iyanya and Yvonne love triangle. There is nothing wrong with parody accounts but the creator of this account forgot to let everyone know that this account is fake. Some people on Facebook and twitter went hard on it, raining insults on the actress for something they either misunderstood or forgot was a normal thing. 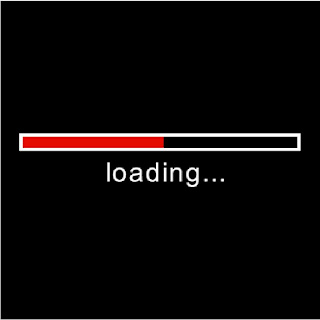 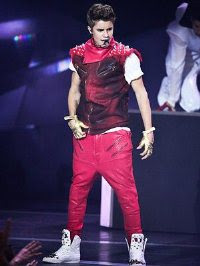 DROP CROTCH PANTS
Like seriously who came up with this idea all in the name of fashion. This faux pas is right up there with Lady GaGa wearing raw meat. This drop crotch pants is so immature, just think about it and while you are at it, trying visiting someone that has a child that is less than one and is learning to walk.
any similarities between you two?.
You guys wearing this shit look like you shit on yourselves or at best wearing pampers.
Regardless, drop-crotch pants need to be hunted down to whatever corners of the earth in which they exist and totally extinguished. #LeaveItIn2012. 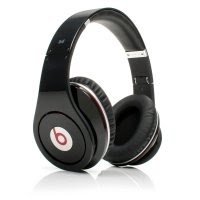 HEADPHONES IN PUBLIC
If you are not a record producer or a DJ, then you have no business having this outside your home. In Naija, some people have turned this to a fashion accessory and have embarrassed the hell out of we their friends that have to stand close to them in public.
Please abeg I dey beg una,Leave it in 2012 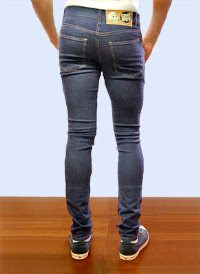 SKINNY JEANS
Guys and girls, I know this looks hot right now but think about your future kids. Guys unless you don't have any balls or a really small dick then you would know how uncomfortable this piece of clothing is. Girls I have heard about how proper ventilation is essentially for the yeast-fungi balance in ur V. And how an imbalance in their could lead to so many problems Google it.. So please Leave it in 2012 for your benefit. 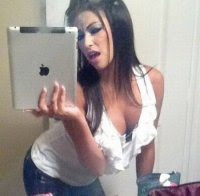 TAKING PICS/VIDEOS WITH AN IPAD OR BATHROOM PHOTOS
Do you have any idea how ridiculous you look when you take pics or video with a tablet? Or are you just doing this so people would know that you own one?. And what's up with the bathroom pic thing especially when you use the bathroom at Silverbird, Shoprite, Ozone?. This is just #ratchety.
Leave it in 2012

USING THE WORD SWAG
This word is one of the most abused word in recent times, and has been fitted into conversations where the context makes it stoopid to use.
If you're over 18, you should never be using the word "swag" to describe anything.