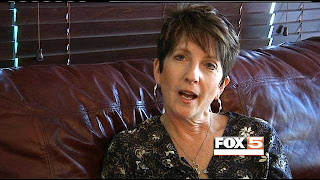 Kay Beckman of Las Vegas is suing Match.com for $10 million. She said she met a man, Wade Ridley through the popular dating website and he tried to kill her.
Mary, a 50 year old estate agent and mother of two children, had met Wade in 2010 through the Dating website Match.com and the the two had gone out a few times but she broke off the relationship after 8 days when she realized the kind of man he was.
The breakup didn't go down well with Wade as he broke into her home through the garage and attacked her with a butcher's knife stabbing her 10 times in the process. The brutal attack left her hospitalized for months with three head operations (surgeries). 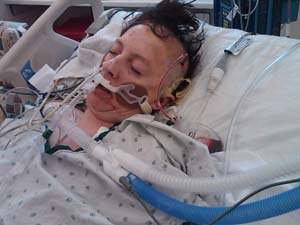 Wade was later apprehended by the police after he came back to look for her. Wade Riley had also attacked and killed another woman, 62 year old Anne Simenson, who he also met on the dating website. Wade Riley has since committed suicide while in prison. 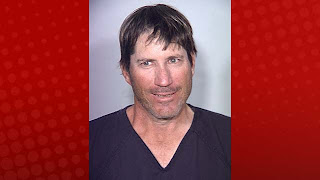 This woman's ordeal goes a long way to showcase the dangers of online dating and why women and men should be cautious about the people ether meet online.