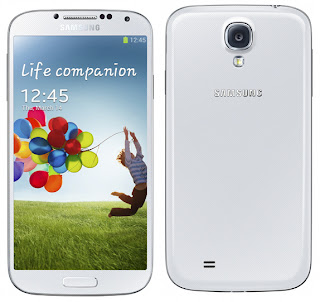 Samsung mobile has just announced their latest version of the Galaxy S series, The Galaxy S IV/4 at their event at New York's Times Square.
The Samsung Galaxy S4 shares a similar design language with Galaxy S3, but differs slightly from the S3, with a slimmer bezel.
The Samsung Galaxy S4 comes with some amazing features such as wireless charging support (Qi), IR LED for controlling your TV, Dual Video Call; Allows users to share what they are seeing with rear camera while they are making a video call. Dual Camera; which allows you to use both the front and back camera at the same time, thereby creaging a picture that includes then person capturing the picture, Group Play; which allows one to share pictures, documents, music and videos to as many as 5 people at the same time, Smart Pause; which pauses a video when you look away from the screen, and Smart scroll; which helps you scroll by tracking your eyes. 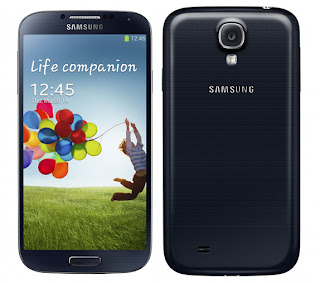