Facebook has just released an update to its Facebook messenger app yesterday, and the app features its chat head feature announced at the Android Home event. 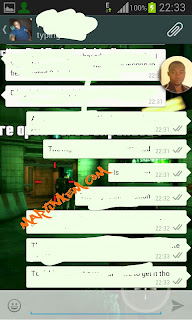 The chat head feature helps one keep up with a Facebook conversation and still be able to carry out some other tasks such as web browsing or tweeting.
The Chat heads pop up on the phone screen regardless of the app being used (I haven't tried it with videos though), and allows you to respond to messages without leaving your current app. 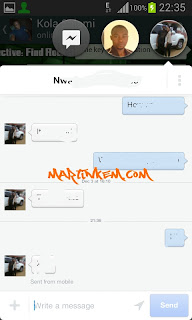 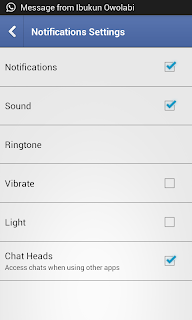 The Chat head feature can be enabled through the settings menu
In my opinion, the chat head is well worth the upgrade and more useful to me than the Facebook Home
I would definitely love to see this feature implemented in competing messaging services such as Whatsapp, as it would enable quick respond to messages and also conversation switching especially when you are conversing with multiple people.
Retweet this post Follow @martinkem
Android apps Facebook messenger Tech Whatsapp