BLACKBERRY MESSENGER FOR IPHONE AND ANDROID TO BE RELEASED ON JUNE 27?

Last month Blackberry announced that their Blackberry Messenger (BBM) would be coming to both Android an iOS (iPhone) sometime this summer. The announcement was heralded by consumers that had made the jump to other platforms but miss having the BBM app and have been anxious to have this app on their Galaxy or iPhones. According to Blackberry WorldWid the BBM app would be available on the Google Play Store and App Store on the 27th, the claim isn't verifiable as the twitter account doesn't not belong to BlackBerry 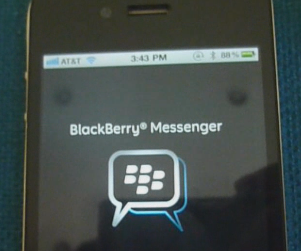