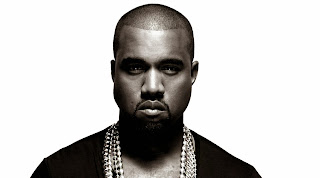 Kanye West is a man that has been known to speak out his mind regardless of what the general consensus is with his infamous Taylor Swift VMA rant, and many others (which he calls 'Motivational Speeches').
When asked about what he thought about Yeezus, he said he wanted to "fuck shit up".

“I just think that I’m a production person. I’m a product guy. I’m a producer,” ‘Ye revealed. “So, if I’m working on a John Legend album I’m gonna try to give John Legend the best home for him to stay in. And I’m gonna try to push Pusha T, no pun intended once again it keeps happening to me, to make the thing that represents what I like about his music the most. And then for me as Kanye West I gotta fuck shit up…It was just that level of frustration,” Kanye explained while detailing the other projects he worked on while creating Yeezus. “And this is what frustration fuckin’ sounds like. This is what frustration sounds like.”

He also spoke about being influenced by Michael jackson and how he has transcended the levels that Michael Jackson did not break down.

“There would be no Kanye West if it wasn’t for Michael Jackson. That allowed him to be that, right? So, now let’s take like where there’s people who have issues with me as Kanye West—they classify my motivational speeches as rants and things like this. Like, ‘Why is he saying that, why is he doing that? Blah blah blah.’ Well, I’ve reached a point in my life where my Truman Show boat has hit the painting,” Kanye explained. “And I’ve got to a point that Michael Jackson did not break down. I have reached the glass ceiling. As a creative person, as a celebrity. When I say that, it means I want to do product. I am a product person. Not just clothing, but water bottle design, architecture, everything that you can think about. And I’ve been at it for 10 years. I look around and I say, ‘Wait a second. There’s no one around here in this space that looks like me and if they are they’re quiet as fuck.’”


It's gotta be said kanye does give a great interview, so much energy and belief