THE BLACKBERRY MESSENGER IS A RAM HOGGER 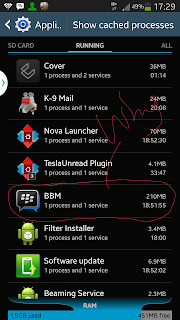 For all the BlackBerry had in getting their Blackberry Messenger ready to compete against the likes of Whatsapp on Android and iOS it stills remains a poorly coded app. After their last update things really took a turn for the worse as i noticed that for my Nova Launcher seemed to redraw itself more regularly on my Galaxy Note 3 which has 3GB of on board RAM. On checking the Application manager i found the culprit which had managed to use over 300MB of  RAM, rebooting my phone seemed to solve the problem but three hours later and a few messages sent it had managed to use 210MB of RAM, which is ridiculous considering that this is just a mere chat app not a graphics intensive game, comparing it to the other chats that i had on my phone like Whatsapp which used about 10MB of RAM and Facebook messenger which used just a little above 24MB. 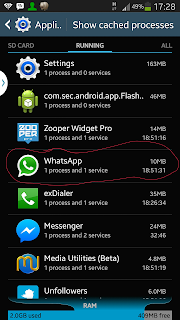