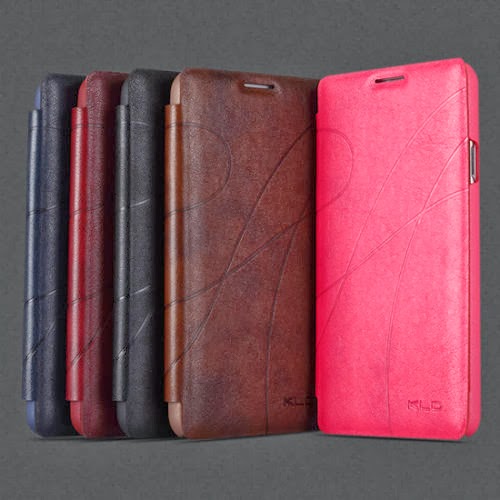 I have a fondness for flip wallet cases as i find them as the perfect combination of style and functionality. The flip case gives the phone that classic leather bound notepad look, which feels great to hold and look at, and at the same time protects the device ( i can't tell you how many times my dear Note 3 has fallen out of my hands and that was the reason i had to replace the first flip wallet case i bought). And also the addition of a wallet compartment in the case makes it the ultimate accessory for me.

I had to replace my Galaxy Note 3 flip case after being disappointed with the white Orzly Wallet flip case, which i bough to replace my damaged wallet case from YouSave accessories. The white Orzly wallet case was a bad idea from the start as it got blue stains from my denim and also was quite bulky compared to the wallet case from YouSave. Eventually i decided to buy another case and this time i wanted sometime that fit the device better and looked great (which meant i couldn't go the Samsung official wallet route as i was just rectangular and the Spigen Slim armour flip case was still weeks away). After looking around i eventually found a case that looked great, the KLD Oscar II case on eBay. The Oscar II case comes in some colour options such as pink, brown, black, blue and red.

The KLD Oscar II case feels like a better designed official Samsung case minus the screen turn off function and at GBP 6 (about $12) on eBay it was practically a steal. The KLD Oscar II is made from PU Leather and feels great to hold. The front of the case has KLD and some line pattern etched across it which makes the case look different in a good way.

The inside of the case contains the wallet pouch and a back case where the phone fits in. The dimensions of this case is quite on the moderate side and doesn't add much thickness to the phone when compared to other flip cases in the market besides the official Samsung case which swaps out the battery cover to minimize the footprint of the case.  The front of the case has a speaker cut out which allows you to take calls with the flip covered.

The wallet compartment of the case is designed to take just a single credit card but i have been able to squeeze in three cards into it or two cards and a note in it. The case is properly designed in such a way that all buttons, S-Pen and ports are easily accessible. One thing that made me pick this over the official case is the amount of protection is gives to the camera, i had learned in the hard way from my days of using the Galaxy S2 about what using a  phone without a case could do to the camera.

The Oscar II offers a degree of protection to the phone considering the number of times that i have dropped my Galaxy Note 3. My Note 3 has fallen on it's front, back and sides quite a few times and so far it hasn't sustained any damage. And so far the case has survived these falls compared to my previous case with broke after one month of use.

Overall the case is very good for it's price and heck it looks great. It offers some protection just as long as you do not go dropping your phone on purpose. The only thing i wished this case has would be the auto turn off feature which the official Samsung flip wallet has.

BUY ON eBay US