THINGS THEY DON'T TELL YOU ABOUT GETTING A TATTOO PART 1 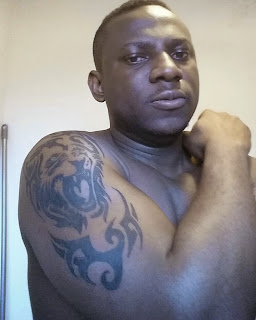 Tattoos have been pushed by the entertainment industry pretty as the definition of cool,  right?. It's not uncommon to see on athletes, movie stars, rappers and rock stars. It kind of puts a lot of pressure on teens to go get one. I have always wanted to get a tattoo for a long time but the only thing that held me back was coming up with a tattoo that I wouldn't hate the next week, so after years of standing at the window looking in,  I decided to get one and scratch one more thing off my bucket list (being doing a lot of that lately). I found what seemed as the perfect tattoo to get, a tribal lion roaring. It was something that I liked,  could see myself being happy with for quite some time and could explain to them judgy Christians.

D-Day
So I had just got off work (night shift) and had some time to get a little rest and also tidy up. And then the thought crept up my mind, hey let's check out the tattoo shop for a consultation. Let's  just see what it would cost and perhaps get a date to come in. So I popped in to the shop which was less than 5 minutes from where I lived.
I met the nice fellow at the reception in the shop,  showed him what I wanted to have drawn on my arm.  He had a look at it and Googled it,  the search came up with the tattoo and one that I thought looked better than the one I wanted but I decided to stick with my initial choice as it looked fierce. We went through the tattoo,  made a slight modification to the tattoo to account for perspective. He then printed the tattoo and traced out the pattern with a marker and stencil. At this point,  Nick the tattoo artist came along to have a look at it. Now this where I first realised that I knew very little about getting a tattoo.
I was told that my tattoo would take 3 hours to  complete. Before this point I had assumed that it wouldn't take more than a few minutes. Considering that it wasn't that big. I thought to myself, If my arm tattoo would take 3 hours to complete how long will something like 50 Cent's back tattoo take.  While I waited for Nick to get set up,  I spoke a fellow that was getting his whole hand done. And he told me it took a few months to get his done,  his design was a lot more intricate than mine and covered his whole hand. And he had just got one part of six done and  would come in again to get the remainde done. So eventually Nick was all set up for me, he had sterilised the tattoo tool and changed the needle. I took off my clothing and sat on the tattoo chair and placed my hand on the arm rest and waited for him to start. The first touch almost had me out of my seat,  i had at that point forgotten the tattoo was done using a needle and that needles did just one thing,  and that's prick. And here I was going to spend 3 hours continously being pricked. Nick asked me if I had any other tattoos,  which I told him "No". He told me I was real brave,  that most people always get a tiny tattoo for there first one and where jumpy while I was calm as if I didn't even feel (well,  thanks to my days in boarding school at Igbobi College, i can particularly ignore pain especially if I have an audience).
The first hour was mainly about tracing out the lower patterns left by the stencil on to my arm and went like a cool UK breeze. It wasn't until he started to fill it in that i really started to feel the pain. Tribal tattoos require some amount of ink since it was thick. At th hour mark,  Nick stepped out for a smoke break,  and then I stepped to the mirror to have a look at what has been done so far, and I was kind of impressed with the level of work already done. I could tell that the tattoo was going to come out great.
The second hour went almost without any much pain,  as I had gotten somewhat used to the pain (I was expecting it anyway). I was all calm and relaxed until he got to the top of my shoulder and then the pain peaked once more; it turns out that some parts of the body are more sensitive to touch than others. Body parts such as the arms and tattoo are a lot more tolerant to pain and pressure than others,  since they come in contact with many objects. In the cause of our daily interaction we bash our arms and legs with objects and as such these parts can stand more pain.
The shoulder section of the tattoo had me wishing that i had taken the option of getting rid of the tribal symbols on the top but at the same time I was thankful that i was just a small portion. After he finished with the shoulder portion he came back to the arm section and started repainting the ink in,  this was the most painful part of the tattoo.  My arm which was already sore from the initial fill-in was subjected to more pain. After a few long minutes the tattoo was finished and wrapped.
With the tattoo done, I was very eager to show it off. But it turns out getting the tattoo drawn is just the first step in actually having a tattoo. There is still a lot to come after the first stage.

With the coming days I would be sharing my experience through a multi-point blog post.