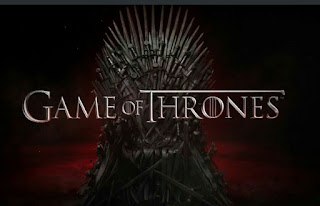 With 3 episodes left to go in Fifth season of the Game of Thrones, things don't seem to bode well for Sansa or Cersei. Cersei's plans have fallen through as she finds herself in the same position Margaery and Loras are in. Sansa finds herself in almost the same position she was with Jeofferey. There is no Arya in this week's episode.
The seventh episode of this season starts off a Castle Black where the Lord Commander, Jon Snow is about to set off to talk the Wildlings into coming to peace with the North. Jon's mission is called into question by the Janos Slynt.The old maester, Aemon Targaryean breathes his last breathe and Sam gives his eulogy. Back at Castle Black, Sam has wade off his brothers of the Knight watch from raping Gilly, he tries to fight then but he is beaten by one of his brothers. Thankfully one of the Direwolfs comes to his aid and sends the members of the Knight's watch scampering away. Gilly then tends to Sam's wounds and the two gets intimate.
Sansa tries to talk to Theon but his far too damaged by Ramsay to be any help. Sansa, who had been ravished every night, asks for Theon's help in lighting the candle in the abandoned Tower, however Theon betrays her and Ramsay about it. Over the distance, Lady Brienne looks on waiting for the signal.  Ramsay and his new bride Sansa takes a walk around Winterfell, Ramsay tells her how pleased he was of their union and her beauty. He talks about his ambition to be named Warden of the North, Sansa reminds him about the the circumstances of his birth and they talk about the impending attack by Stannis Baratheon, whose army of mercenaries also face a fight against the elements. He then shows her the tortured body of the old lady that passed on the message from lady Brienne.
At Stannis' camp, Lord Davos talks to him about the difficulties in which their army faces and advises that they hold off their assault until the snow clears. Lord Stannis refuses as he doesn't want to be known as the King who runs. And with Winter coming who knows how long they would have to wait. Melisandre assures Lord Stannis of his impending victory, however such a victory would come at a price. Melisandre tells Stannis to offer his daughter, a choice that Lord Stannis refuses to make and dismisses the prophetess.
Over the narrow seas, Jorah Mormot and Tyrion Lannister are sold to a slave master, and are destined to fight in the pits. Daernerys lies with her lover, of the second sons. Who tells her to marry him instead, she tells hi that she can not. He also advises her to capture all the great masters and worthy masters and kill them all. She refuses saying that she is a queen and not a butcher. a masked Jorah impresses during a fight in one of the lower pits, watched by Daernerys. But she would having nothing to do with him and commands that he be removed from her sight. Jorah tells her that he had brought her a gift, just as Tyrion Lannister presents himself, introducing himself to her.
At Dorne, Jamie tries to convince the Myrcella to leave Dorne with him but she refuses. In the dungeon, Bronn sings a song about the Dornish women and talks about how beautiful women from Dorne are. One of the Sand sisters applauds his singing voice and tries to get him to call her the most beautiful woman he has seen. She exposes her body to him from behind the prison cells. Unknown to Bronn he had been poisoned during his fight with the sand sisters, the poison begins to take effect as he talks to experience blurred visions and nose bleeds. The Sand Sister offers him the antidote in exchange for him calling her the most beautiful women in the world, an offer he willing accepts.
Back at King's Landing, Queen Olenna visits the High Sparrow and tries to intimidate him into releasing her granddaughter and grandson. She offers to make him a wealthy man but he turns down her offer. Cersei tries to console the young King Tommen as bemoans the loss of his beloved, and offers to help the young King explore a diplomatic resolution with the High Sparrow. Queen Olenna meets with Lord Baelish at his brothel, the old allies who happened to be behind the death of King Jeoffrey, plot the downfall of Cersei. Cersei visits Margaery in her cell, although she pretends to show concern for Margaery, her real reason was to gloat over her small victory. Cersei speaks with the High Sparrow telling him that Margaery's accommodation were suitable enough. However Cersei's plans fall apart as she also is arrested by the High Sparrow for incest and is thrown into a dungeon cell just like Margaery.
Game of Thrones TV Show