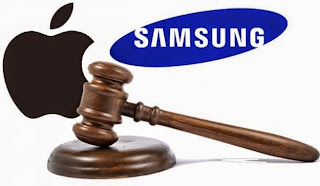 Remember that boat load of the Samsung is supposed to pay out to Apple for copying the iPhone in making its Galaxy devices, well it just got smaller thanks to a recent Court of Appeal ruling.
According to the previous court ruling Samsung was found to have infringed on Apple's patent and was fined $930 million dollars as a result. However a new ruling by a US Court of Appeals, Samsung is still guilty of infringing Apple's design patent, $382 million would be reversed due to what the court terms "Trade dress dilution", as they relate too much of the functioning of phone and granting Apple such a trademark would be the same as handing them a monopoly .