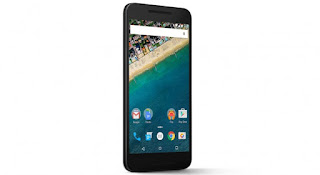 Google has just announced the 2015 iterations of its Nexus smartphone line, a new tablet and a new Chromecast. Following the recent trend in the industry, Google is splitting its Nexus line into two distinct products, a Nexus 5X and a Nexus 6P.
With the Nexus 5X, Google seeks the two major complaints with last year's Nexus 6 which were the size and the cost. The reduced footprint leaves the LG made Nexus 5X with a 5.2 inch IPS LCD 1080 Display powered by a Qualcomm Snapdragon 808 with an Adreno 418 GPU and a 2700mAh.

The rest of the specs includes a 12.3MP back camera with dual LED flash, a 5MP front camera, 2GB RAM, a fingerprint sensor, USB Type C port and the usual connectivity options. The pricing for the Nexus 5X starts at $379 and $429 for the 16GB and 32GB versions respectively. 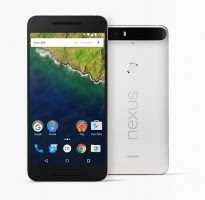 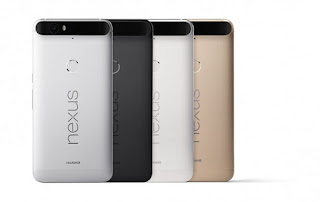 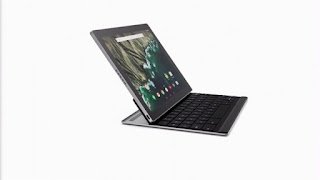 Besides the Nexus smartphones, Google also announced a new tablet, the Pixel C, which ditches Google's usual Nexus naming convention for the Pixel tag borrowed from its ChromeOS line of laptops. The Pixel C which sports a 10.2 inch QHD LCD display toes the line set by Microsoft's productivity focussed Surface Pro tablets including a keyboard. The Pixel C is powered by a NVIDIA's Tegra X1 which is powerful enough to handle multitasking. The Quadcore processor is supported by 3GB RAM and a Maxwell GPU. The Pixel C also comes with the USB Type C port and starts at $499 and $599 for the 32GB and 64GB versions respectively. Unfortunately these prices doesn't include the keyboard which would set you back $149. 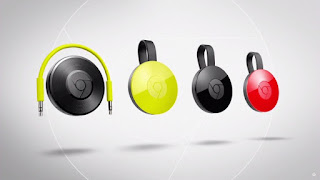 A new Chromecast device which looks a lot a bit better than rather generic USB flash. The $35/€40/£30 (depending on where you live) streaming device comes with a variety of colours and ups the connectivity options to the 5GHz WIFI ac which is great for congested households. The resolution of the new Chromecast is still capped at 1080p. 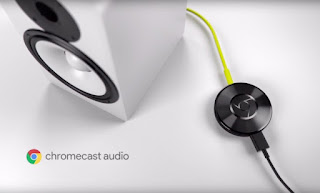 A Chromecast Audio device was also introduced which cost the same as the new Chromecast. The Chromecast Audio is aimed at those looking towards setting up a multi-room speaker without burning a hole in their pockets.
Chromecast google Nexus Nexus 5X Nexus 6P Pixel C