Apple in talks to buy TiDAL 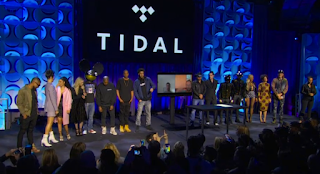 According to a CNBC report attributed to The Dow Jones, Apple is talks to acquire TiDAL, the music streaming service owned by Hip Hop artist Jay-Z.  Although the specifics of the deal aren't publicly known as now, TiDAL would be great addition to Apple Music services portfolio and would give Apple an edge due to the exclusivity deals with artists such as Kanye West, Chris Martin (Coldplay), Rihanna, Beyoncé, Nicki Minaj and others.