LENOVO WORLD TECH 2016: EVERYTHING YOU NEED TO KNOW ABOUT THE MOTO Z AND PHAB 2 LINEUP

- June 10, 2016
Yesterday Lenovo announced a slew of smart devices from laptops to tablets to smartphones. However we aren't going to concern ourselves with the first two product categories. 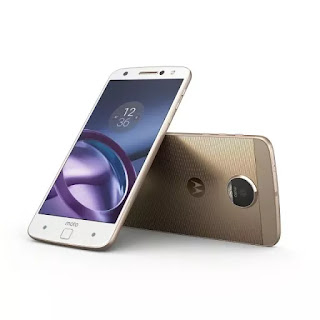 The Moto Z Force features a shatterproof screen which ditches the Corning Gorilla Glass for plastic. While the plastic doesn't shatter it is however prone to scratching. With the Moto Z, Motorola ditches the 3.5mm headphone jack and instead includes a USB-C to 3.5mm connector, which is asinine by any standards .
The Moto Z and Moto Z Force would come in a variety of colours such as Grey & Black, Black & Rose gold, White and Black & Gold, however the pricing of these devices is yet to be made public.

MOTO Z DROID and MOTO Z DROID FORCE
These are basically the same Moto Z and Moto Z Force but for Verizon.

The Moto Mod is basically Motorola or Lenovo take on what modular smartphones should be. The Moto Mod allows users to add more functionality such as bigger speaker, pico projector, power packs etc to their smartphones via back plates held to the Moto Z by magnets.
As of launch time, four of these moto mods were demoed:

THE PHAB 2 LINEUP
On the outside these devices are largely similar sharing the same design language. The same large size display standing at 6.4inches. But that's where the similarities kinda ends with the internal components and even the body being made of different materials. 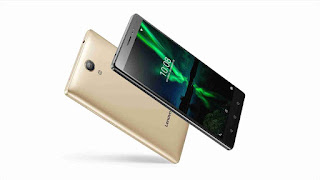 The PHAB 2
The Phab 2 is the entry level variant of the line-up and that shows with a plastic body and the lack of a fingerprint sensor (come on Lenovo). The Phab 2 packs a 720p IPS LCD display which passes it south of Retina display territory (227 PPI). The capable MediaTek quadcore MTK 8735 and 3GB RAM ensures that this device would run just about any app. The rest of the specs includes 32GB internal storage expandable via a microSD slot, a 13MP back camera with phase detection autofocus, 5MP front facing camera and a 4050mAh battery.

The Phab 2 would be available in Gunmetal gray and Champagne gold and would retail for a sweet $199.99. 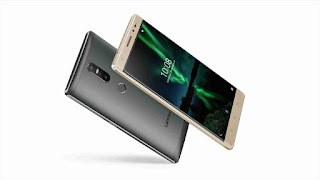 The Phab 2 Plus is expectedly an improvement on the base specs of the Phab 2 swapping the plastic build for a more premium feeling all metal aluminium build. The display also gets a boost into Retina territory (342 PPI) with the 1080p HD LCD display. It also packs the same quadcore MediaTek MTK 8735 chipset with 3GB RAM and a fingerprint sensor. In the camera department, the Phab 2 Plus one-ups the Phab 2 with an 8MP front facing camera and a dual 13MP main camera setup. And all this is powered by the same 4050mAh battery found in the Phab 2.

The Phab 2 would be available in Gunmetal gray and Champagne gold and would retail for $299.99.

Although the Phab 2 Plus is a hundred dollars more, I think it's a better value for money than the Phab 2 considering you get a fingerprint sensor, 8MP front facing camera, sharper display and an aluminium build. I'm not really sold on a need for the dual camera setup as it would just end up being one of those things that never gets used. 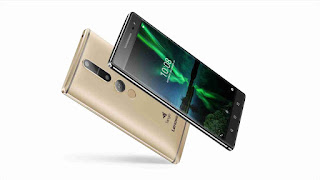 The Phab 2 Pro is unarguably the star of the Lenovo Phab 2 lineup, claiming the title of the first Project Tango mass market device. The Phab 2 Pro shares the same design language as the other Phab 2 devices but that's where the similarities end.

The LCD display of the Phab 2 Pro retains the same size as the Phab 2 lineup but the pixel count goes all the way up to Quad HD resolution. Lenovo swaps the MediaTek built chipset for a Qualcomm built Snapdragon 652 chipset with 4GB RAM and 64GB built-in memory. Being a Tango device, the Phab 2 Pro has got a bunch of improvements to the 16MP main camera optics ranging from a RGB camera to a fish-eye camera, and an IR emitter fo measuring distances or time of flight. The front facing camera is the same 8MP as the Phab 2 Plus. The 4050mAh battery and fast charging completes the package.

The Phab 2 Pro would be available in Gunmetal gray and Champagne gold and would retail for a $499.99

The dual-SIM capable Phab 2 smartphone lineup would be available for retail globally in September.