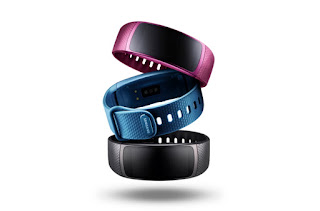 Samsung has just officially announced it's newest fitness devices, the Gear Fit 2 band and the Gear IconX earbuds.
The announcement confirms the rumours of a dedicated GPS chip in the Gear Fit 2 which ties in with the heart rate sensor gor effective tracking of workouts. 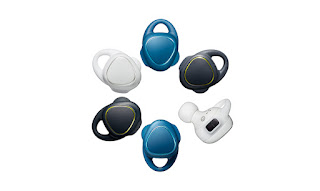 The Gear IconX wireless earbuds also function as a fitness tracker and syncs with the S Health app via Bluetooth technology.
There's no word yet about the pricing of either these two devices yet, but one wouldn't have to wait for too long as those details would be revealed when the Gear Fit 2 is launched on the 10th June with the Gear IconX launching a month later.

GPS sports band and cord-free fitness earbuds address top consumer requests, making it easier to incorporate fitness into any lifestyle
London, 2 June, 2016 – Samsung Electronics continues its expansion in the fitness wearable market today with the global unveiling of the Gear Fit2 and the Gear IconX. Each product is designed with users' fitness needs in mind, and includes features such as precise tracking technology and a standalone music player to provide people with the best possible fitness experience.
The Gear Fit2 features an embedded GPS and a heart rate monitor (HRM) that offer accurate and robust fitness tracking and measurement, while providing instant feedback on the user's workout. The Gear IconX are truly cord-free earbuds that can track fitness information and provide runners with feedback on their performance. Both the Gear Fit2 and Gear IconX are designed to complement users' various fitness levels, whether they are training for a marathon or taking a daily stroll through the park.
"Samsung has pioneered and led the wearables category over the last few years, bringing exciting new innovations into the market. The Gear Fit2 and Gear IconX are designed to help those striving to live more fit and active lives, offering features to enhance existing exercise routines as well as a standalone music player to keep users motivated. These new additions to Samsung's portfolio allow fitness fans and beginners alike to get more out of their fitness experience," said Conor Pierce, UK Vice President, IT & Mobile.