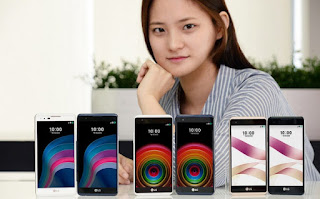 With the flagship G5 failing to generate as much sales as LG would like, LG is doubling down on their mid-range offerings  by expanding their X-series lineup with three new devices.
The LG X5, X Power and X Skin all sport 5 inch and above sized displays.