Specs of the BlackBerry Argon, Mercury and Neon surfaces 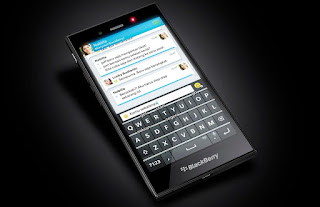 It's no secret that BlackBerry is refocusing its efforts away from BlackBerry 10 OS devices and unto making Android smartphones. While their foray with the BlackBerry Priv didn't do that much in improving BlackBerry's bottomline, it hasn't stopped BlackBerry from going head-on with Android with its CEO John Chen confirming its plans to make a few midrange devices.
Thanks to Evleaks and Onleaks we have got some details about three of those upcoming BlackBerry smartphones codenamed Argon, Mercury and Neon.
ARGON
Argon is the most high end of them and is said to a full touch rectangular slab with a 5.5 inch QHDdisplay, 4GB RAM, a Snapdragon 820 processor, 32GB internal storage, fingerprint sensor, 21MP/8MP camera combo, USB Type C port, a 3000mAh battery with Quick Charge 3.0 support.
MERCURY
Mercury is retains the portrait keyboard from the earlier BlackBerry devices and unlike the recent BlackBerry Priv doesn't slide in or out. The BlackBerry Mercury is said to have a squarish 3:2 4.5 inch display and an aluminium body. The rest of the internals includes a Snapdragon 62b processor, 3GB RAM, 32GB  internal storage, a 18MP/8MP camera combo, and is powered by a rather large 3400mAh battery.
NEON
The Neon which leaked earlier, is said to have 5.2 inch 1080 display, 3GB RAM, Snapdragon 617 processor, 16GB internal storage, 13MP/8MP camera combo and 2600mAh battery.
According to the leak,The BlackBerry Neon would be available in the market by July or August, with the BlackBerry Argon coming in October and the BlackBerry Mercury in the first quarter of 2017.
Argon BlackBerry Mercury Neon