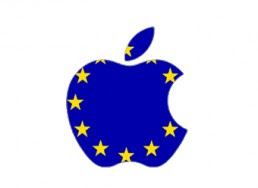 The European Commission has that the deal that Apple struck with the government of the Republic of Ireland, which saw the Tech giant pay less than 1% in taxes,  illegal according to EU laws on States aid.

The Commission's 2 year investigation into the deal concluded that the benefits which Apple enjoyed under the terms of the deal were illegal and handed Apple an unfair advantage. Under the terms of the deal, Apple paid taxes of 1% in 2003 and 0.005%  in 2014, when the average corporate taxes in the Republic of Ireland was 12.5%.  The European Commission has also ruled that Apple would have to pay a further €13 Billion in back taxes to the Republic of Ireland.

"I disagree profoundly with the Commission. The decision leaves me with no choice but to seek cabinet approval to appeal. This is necessary to defend the integrity of our tax system; to provide tax certainty to business; and to challenge the encroachment of EU state aid rules into the sovereign member state competence of taxation."

Apple has also issued a statement on the ruling saying

"The European Commission has launched an effort to rewrite Apple's history in Europe, ignore Ireland's tax laws and upend the international tax law in the process. The Commission's case is not about how much Apple pays in taxes, it's about which government collects the money. It would have a profound effect and harmful effect on investment and job creation in Europe.
"Apple follows the law and pays all of the taxes we owe wherever we operate. We will appeal and we are confident that the decision will be overturned."