Motorola goes off the reservation, calls out Samsung for stealing the Always On Device from it 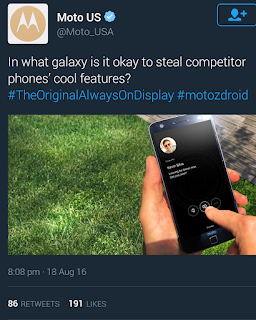 Someone at Motorola USA must have either been off his meds or suffering from a case of short memory. Appears things haven't been the same at Motorola ever since it got acquired by Lenovo.

Methinks it's time that Motorola and Lenovo gets its duck in a row.