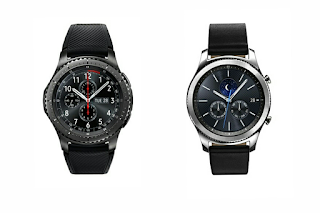 Samsung has really come into its own over the last one year. While it has shyed away from doing anything outlandish like the Samsung of old, it has spent more time in making its products a look better. With the Galaxy S7 and Galaxy Note7 showing marked improvements over their predecessors in both design and software. And Samsung has carried over its new philosophy to its Gear S smartwatch line. The new Gear S3 smartwatches tend to share a close resemblance to the Gear S2 Classic than Gear S2, which is beter in my books. While the Gear S3 smartwatches are largely the same, the individual design of the Gear S3 smartwatches is what separates them. The Gear S3 Frontier sports a more rugged look since its targeted at those who live an active outdoor lifestyle while the Gear S3 Classic adopts a more traditional timepiece look consistent of luxury wristwatches. 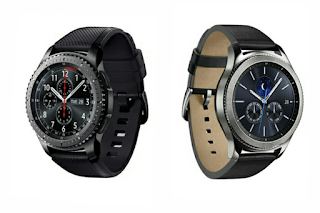 The circular AMOLED display on both the Gear S3 Classic and Gear S3 Frontier has been increased and measures 1.3 inches, which is 0.1inch larger than that of the Gear S2. The display is protected by an all new scratch and shatter resistant Corning Gorilla Glass SR+ which is said to be almost as hard as Sapphire Glass. The device is powered by 1.0GHz dual core Samsung made processor with 768MB RAM and 4GB internal memory. The Gear S3 comes with built-in Bluetooth, WiFi, GPS as connectivity options although the Gear S3 Frontier has got a 3G/LTE modem which allows it to make calls independent of your smartphone. The Gear S3 packs sensors  such as an accelerometer, barometer, gyroscope, heart rate monitor and ambient light sensor. The Gear S3 is powered by a 380mAh battery. In addition to the above the Gear S3 also sports a MST and NFC chip which would allow owners to make payements on both the newer NFC payment systems in addition to the older more widespread payment systems.
Gear S3 Samsung Smartwatch