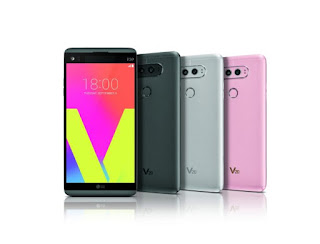 LG V20 has finally unveiled its successor to last year's dual screen trotting V10 flagship smartphone. With the V20, LG has refined the overall look and feel of the V20 from that of the G5 and V10. Although the V20 borrows much of its looks from the G5, it does however swaps the rounded edges of the G5 with squarish edges and a metal backplate also replaces silicone back plate.

Specs wise the LG V20 doesn't stray far away either, it packs the same Qualcomm Snapdragon 820 processor, 4GB RAM of the LG G5. The V20 sports two displays, the primary display is a 5.7 inch 2560 x 1440 pixels Quad HD IPS Quantum display with a pixel density of 513ppi, the secondary Always On display is also IPS Quantum display with a resolution of 160 x 1440 pixels. The V20 sports a dual camera setup; a 16MP unit with an aperture of f1.8, OIS, hybrid focus and a 75° degree angle, the second camera is a 8MP unit with an f2.4 aperture and a 135° wide angle setup. The front facing camera is a 5MP unit with an f1.9 aperture. The V20 comes with an expandable 64GB UFS  built-in storage as standard and packs a 3200mAh removable battery, which is something you don't see everyday with today's flagship smartphones. The LG V20 packs a Sabre ESS 32 bit Hifi Quad DAC which offers better lossless audio playback. The LG V20 runs the latest version of the Android OS with Android 7.0 Nougat on board. 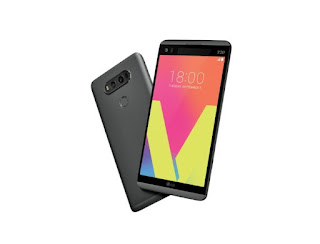 The LG V20 goes on sale in South Korea next month and would be available in  Pink, Silver and Titan (Grey) colours. Users in the US would only get a choice of two colours; Silver and Titan although they would be getting a free Bang & Olufsen headphones if they preorder it.
LG V20