- October 25, 2016
The dual curved screen Mi Note2 was not the only device that Xiaomi unveiled this morning. It also unveiled its own VR headset and the real star of the show, the Mix which sports a breathtaking futuristic practically edgeless 6.4inch HD display. 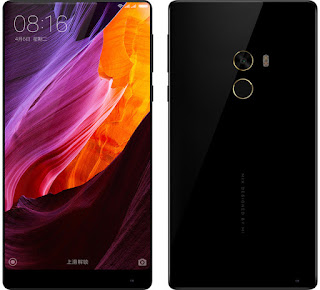 The Xiaomi Mix which was made in conjunction with Phillipe Starck features a sleek all ceramic body which is free of any bezels on three sides. In order to accomplish the feat, Xiaomi had to do away with the earpiece and the sensors which tend to occupy the top bezel in most smartphones. The physical earpiece is replaced by a piezoelectric ceramic driver and the usual array sensors (proximity and light sensor) is replaced by an ultrasonic proximity which sits below the display. While the front facing camera has been relocated to the bottom of the device.

While Xiaomi isn't the first to make a device with this kind of display, The Crystal Aquos (shown to right in the picture below) from Sharp was the first to have this type of screen, it's really great to see smartphone makers experiment a little with design. 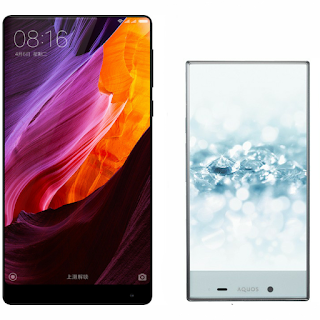