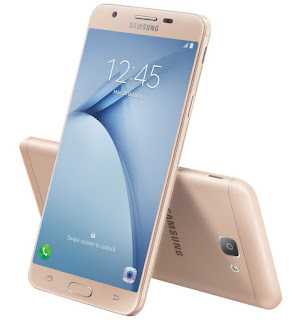 Samsung has just announced a new addition to its Galaxy On series of smartphones with the Galaxy On Nxt. The all metal midranger launched in India for all intent and purpose is basically an Exynos version of the China only Galaxy On7.
The Galaxy On Nxt sports a 5.5inch 1080p HD display with 2.5D Corning Gorilla Glass protection and is powered by a 1.6GHz Octa-Core Exynos 7870 processor with Mali T830 GPU with 3GB RAM and 32GB of internal storage expandable via a microSD slot. The camera optics consist of a f/1.9 aperture 13MP rear camera with LED flash while the front camera unit is a f/1.9 aperture 8MP camera. The device would run Android 6.01 Marshmallow out of box and sports the usual Dual SIM, WiFi, Bluetooth, GPS, 4G LTE connectivity options. A fingerprint sensor and 3300mAh battery makes up the remainder of the specs. 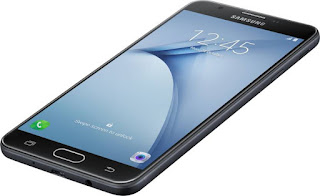 The Galaxy On Nxt which retails exclusively on Flipkart for Rs 18490 ($247), would be available in a choice of Black and Gold colours.
Galaxy On Nxt Samsung