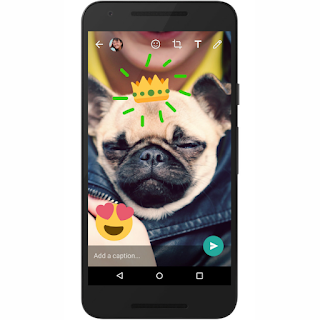 WhatsApp is giving users more ways of expressing themselves using photos and videos with a new Camera tool.

The Camera tool would allow users to add emojis, text, draw and write directly onto photos and videos captured by users or even those already on their devices. This feature would be available to users via a software update from the Google Play Store today for Android or in the following weeks for iOS users via Apple App Store.

The update also brings support for front facing flash, this would enhance and brighten photos taken in low light conditions and at night time. WhatsApp has also included a zooming feature for videos, users can now slide their fingers up or down to zoom in and out. And to quickly switch between front and rear facing cameras, double tap on the screen.