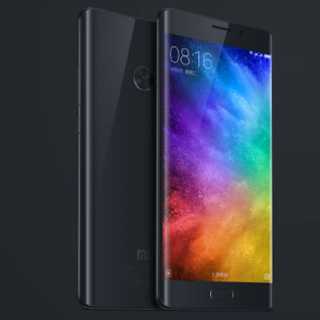 Xiaomi just took the wrap off the Mi Note2 smartphone whic in some way is an ode to Samsung's ill-fated Galaxy Note7. The Mi Note2 not only does it share the Note name, it also shares a striking resemblance to the Galaxy Note7. Which is not a bad thing considering how good the Galaxy Note7 is. The pair also share a similar aluminium and glass body. 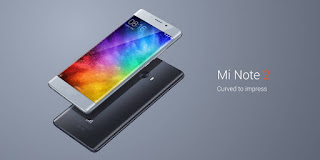 The Xiaomi Mi Note2 shares a similar 5.7 inch dual curved AMOLED display as the Galaxy Note7. Although the resolution maxes out at 1080p rather than 2160p. The screen to body ratio of the Mi Note2 goes all the way up to 77.2% which is quite an accomplishment. Under the Mi Note2 packs the latest Qualcomm Snapdragon 821 processor with a clock speed of 2.3GHz, 4GB or 6GB RAM depending on the configuration, 64GB or 128GB of internal storage with a large 4070mAh battery ensuring that the device stays on all day long. It also has AQSTIC HD audio processor with Hi-Fi sound quality and low distortion (24 bit / 192KHz), NFC with fingerprint payments and improved SAP assisted GPS. 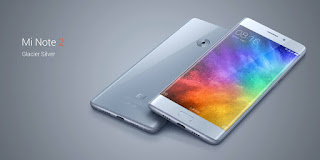 ln the camera department, the Mi Note2 packs a 22MP/8MP camera combo.  The rear camera is a Sony made 22.56MP IMX318 EXMOR RS sensor with a 3-axis gyroscope, f2. 0 aperture,  PDAF and EIS (Electronic Image stabilization) in place of OIS. The camera also supports 4K video image stabilization at the hardware level. The 8MP front facing camera is also made by Sony and comes with Beauty 3.0 which Xiaomi says would produce more accurate and natural colours. The front camera also has autofocus capabilities which would ensure that your selfies remajn in focus.

The Xiaomi Mi Note2 would be available in three variants; a version with 4GB RAM with 64GB of storage which would cost 2799 Yuan ($413), a 6GB RAM version with 128GB of storage for 3299 Yuan ($487) and a 6GB RAM with 128GB storage Special Global Edition for 3499 Yuan ($516). The 6GB RAM with 64GB version comes with support for all global LTE bands which is great for non-Chinese buyers. The Xiaomi Mi Note2 would also be available in a choice of Glacier Silver and Piano Black.