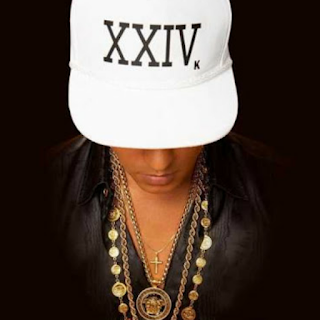 After getting us all joyously hyped on his first single "24K Magic" from his new album with the same name. Bruno Mars thinks it's time to slow it down a bit and chill with his new single "Versace on the floor".

The sexy new single which sounds remarkably like the "80s/90s" R&B songs that groups like Boyz II Men were known for, has Bruno Mars serenading the ladies with lines like "So baby let's just turn down the lights / And close the door / Oooh I love that dress / But you won't need it anymore / No you won't need it no more / Let's just kiss 'til we're naked, baby"

With the first two singles from 24K Magic being above board i can't wait to hear what the full body of work sounds like.