Going Platinum with no features, does it really matter 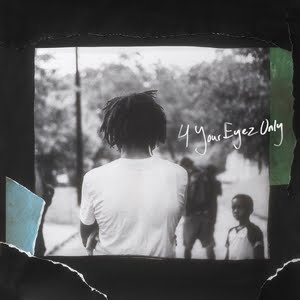 A lot has been made about J. Cole earning another platinum certification for his fourth  studio album "4 Your Eyez Only" and like 2014 Forest Hill Drive, 4YEO didn't have any guest appearances and was largely self-produced.

While core J. Cole fans have made a meal out of it, other people are wondering why the "having no guest feature matters?". The short answer is that it does matter big time.

On the other hand, musically it's not all that straightforward. While having no guest features allows an artist to wholly dictate the direction and sound of the album, it might end up limiting the appeal, lyrical range of the album, something that's abundantly clear with both FHD and 4YEO. While both albums are generally J. Cole, fans of more mainstream Hip-Hop are easily alienated with the overall dour tone the albums take.  Having guest features can do an album a lot of good, it can challenge the project artist to improve on the quality of his work. It is unheard of to hear about artists having to rewrite their verses after listening to the guest verse which is great for the culture. The infusion of different artists can help lively up an album and make the listening enjoyable, something J. Cole sorely needs.

At the end of the day, it depends on what the artist is trying to achieve with his album. While it's great to have a signature album that is pure at the cost of limiting your appeal to a particular set of people. But for the love of the culture guest features are absolutely necessary. Having various artist collaborate in songs (even with acts outside the genre) would help Hip-Hop grow and reach a broader audience.
J. Cole MUSIC