Kendrick Lamar isn't trying to win everyone over with DAMN. 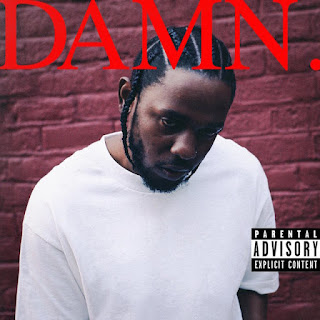 After listening to Kendrick Lamar's new album DAMN. repeatedly over the course of the week, one thing stands out, and that is that this album would be more polarising than any of his previous albums. If you aren't a fan of Kendrick Lamar by now, this album isn't going to change that. And anyone hoping that Kendrick Lamar would make a more inclusive album would have to wait for the next album.

Off the top, I'd say this is probably Kendrick's least entertaining album so far with no songs in the exact mould of  "King Kunta" to level out the general introspective overtone of the album. Although you can find  songs like the light humored "God", the Rihanna assisted "Loyalty" and "Love" to fill in the void. Loyalty is my second favourite song on the album and shows another way of going about a Rihanna feature. I looking forward to the video. God is my favourite cut off the album, it's got the same kinda vibe like 50's Straight to the bank but with a hook feels less braggaicdous and more relatable.
On songs like DNA and Pride, the Compton native really shines displaying oft praised his lyrical ability to the right degree which is sure to please his fanbase . The U2 assisted XXX was always good however it felt a missed opportunity and ended sounding like the the feature was an afterthought sample. Love is another feel good song that shows that Kendrick is still human after all, it's by far his softest record so far. Beyond these songs, I'm hitting on that skip button although i should warn that i felt the same way with GKMC and TPAB when they were first released.  One thing I can say about his albums is that they age quite well, i find myself listening more and more to songs on his previous albums that i wasn't quite fond during the first weeks of their release.

Overall DAMN. is a really good album marrying a great production team with an artist brave enough not to dilute his lyricism with some bubble gum rap that's prevalent among his peers. If Kendrick Lamar's goal is to cement his name in the Hip-Hop Pantheon then it's clear that he's made the right moves so far with the newest body of work.