ZTE Axon M.... because two screens are better than one

- October 17, 2017
It's like it's 2009 again in the smartphone world with smartphone makers all trying to be creative with they can with how your smartphone is shaped. While other smartphone makers from Samsung to Apple have gone with the idea of making the bezels around the screen even smaller, ZTE is betting that having two screens is even better. 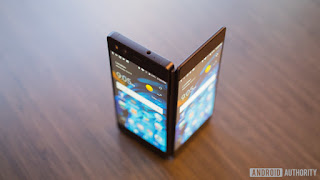 ZTE is going towards what used to be the preserve of old school flip phones and sticking two hinged displays into the usual rectangular smartphone form factor with the Axon M.
The ZTE Axon M packs two 5.2 inch HD screens and is powered by a Snapdragon 821 processor which might from a year ago but still capable enough to power two displays. It also has packs a 4GB RAM, 64GB built in storage, microSD slot, 3180 mAh battery, 20MP camera and a fingerprint sensor embedded in the power button. 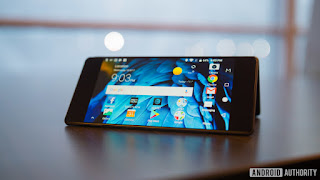 One wonders how consumers would receive this new and somewhat weird take on the modern smartphone. Will it garner enough attention and sales to warrant a sequel? Will the idea catch on and make other smartphone makers jump in on the idea? Or will be just another screen to break?. Regardless, ZTE isn't betting the farm on it just yet as it appears to be an AT&T exclusive for now.