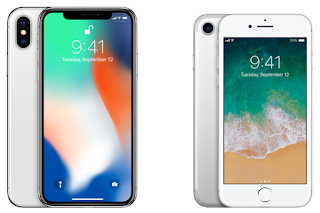 Apple is an absolute God at getting its ever loyal customer base tripping over themselves in order to get their hands on the latest and greatest iDevice.  Every year when Apple announces that its new iPhone is X times faster than the previous model, it's not always down to the newer processors if the statement by Apple is anything to go by


Our goal is to deliver the best experience for customers, which includes overall performance and prolonging the life of their devices. Lithium-ion batteries become less capable of supplying peak current demands when in cold conditions, have a low battery charge or as they age over time, which can result in the device unexpectedly shutting down to protect its electronic components.

Last year we released a feature for iPhone 6, iPhone 6s and iPhone SE to smooth out the instantaneous peaks only when needed to prevent the device from unexpectedly shutting down during these conditions. We've now extended that feature to iPhone 7 with iOS 11.2, and plan to add support for other products in the future.


According to the statement above, Apple has been intentionally making older devices such as the iPhone 7 slower in order to make the deprecated battery last longer, while this seems like a well intentioned move if we absolutely trust Apple like a 3 year old. However if you really give it some thought, what better way to convince users that their device is inferior to newer devices than making it run slower.

While it's not entirely news that older iPhones tend to get slower after the release of a new iPhone or a new version of iOS, Apple confirming it would go a long way in easing the minds of those who have long suspected that the newer version of iOS installed on older iPhones were buggy slower on purpose.


Hate them or love them, but you've got to hand it to Apple.... This is a really clever way of making people upgrade their two year old iPhones to a newer model.


However Apple is not alone in this planned obsolescence strategy, where as Samsung, Google, HTC, LG and the rest of the Android OEMs stop updating your device in order to nudge you into buying a new device, Apple uses those updates to slow your iPhone down enough that it's unusable enough to convince you to buy another device.