I'm officially done with the Grammys 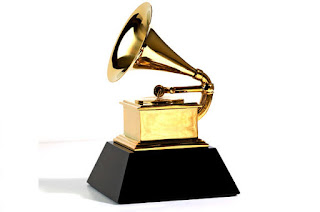 Around this time every year, I offer up my night rest to Media the god of TV as a sacrifice as I keep tabs on one of my favourite annual events. For many a year I've followed the Grammy award show religiously revelling in the euphoria of associated with winning one of those golden gramophones and cheering as artist after artist engage in song & dance as in the old greek tradition in honour of Apollo .

Over the years, my interest in the Grammys have waned first been hit with the realisation that the criteria for adjudging who was deserving of a Grammy was utter rubbish and then the level of performance had dropped.  As I watched this year's Grammy award show which opened with a performance by Kendrick Lamar (whoever is in charge of performances, please stop inviting Kendrick) something broke in me. I was fully awaken to what many people have come to realise; The Grammy Award show is Shite. The awards continuing ended being given to the wrong acts, the performances are rubbish, and the delay between segments is just mental.

Next year I'm definitely joining the ranks of people who are indifferent to the Grammy awards and get a good night's sleep.