This is The Galaxy S9 & Galaxy S9+: Official Price and Specifications 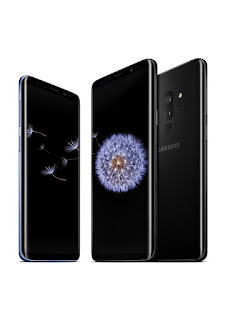 With the Galaxy S9, Samsung has made the camera its focus supping it with a low-light optimised variable aperture (f/1.5-f/1.9) which is quite rare in the smartphone world at the moment. The camera also packs a super slow motion mode capable of  capturing a groundbreaking 960fps slow motion video. It also packs a stereo speaker setup which is a first in the samsung world. Another feature that the camera is capable of is animated emojis or AR Emoji which is a cross between Snapchat's Bitmoji and Apple's Animoji.


Specs wise, the Samsung Galaxy S9 and S9+ would pack a Qualcomm Snapdragon 845 processor in the US or a Samsung made Exynos 9810 everywhere else.  In addition it has a 4GB or 6GB RAM configuration depending on if you're going with the Galaxy S9 or S9+. There's the Samsung ever present IP68 water resistance, 3000mAh/3500mAh battery with wireless charging, a headphone jack. The Samsung Galaxy S9 and S9+ comes with Android Oreo with Project Treble support. 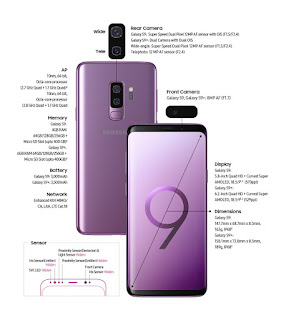