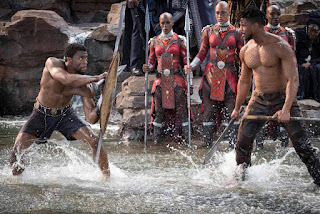 I tried to stay away... I really did but my resolve to  not see the Black Panther movie was broken within 3 weeks of the movie premiere. I thought the hype around the movie was unjustified and based on purely emotional bias considering the movie was basically a remake of The Lion King in reverse with Superheroes and decent CGI. 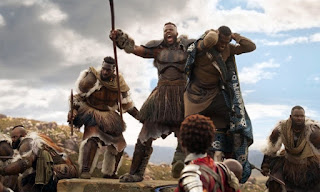 Doesn't this remind you of anything


Watching the movie it seemed my fears were justified, it was one of those movies were the true superhero was whoever pieced together the trailers. Hey bro but everyone thinks the movie rocked their socks off. It really didn't, i mean look at it basically it was two guys fighting over who'd be king. I've said this before and I'd say it again, "Marvel has perfected the recipe on making comic book movies" and this readily translates to strong box office showings. Then again hype and box office success doesn't necessarily translate to a quality movie (The Transformers and Pirates of the Caribbeans comes to mind). Its success at the worldwide box office meant that a lot of black people felt an connection with it and the idea of finally having a big budget Hollywood movie and got behind it, it's a Marvel comic book movie it would always do well plus either White people wanted to give us a win (just like when Obama won the presidency) and finally Marvel realised that they had been sitting on a goldmine 💰 💰 💰 💰💰 .

Besides the thin plot, the movie didn't have the humour that Marvel movies has become known for. Coming off the brilliant Thor: Ragnarok, i assumed that Marvel would've learnt a thing or two about the role of humour as a filler in comic book movies. While Thor 3 had a similar razor thin plot, the humour was a great filler.  And there's also the issue of the soundtrack which it left out almost in its entirety. Watching the movie I felt there were scenes that could have been helped by the inclusion of certain songs in some scenes.

Pros
Black people finally got theirs


GRADE: C- (Other than the black representation, this movie was basically bland)
Black Panther MOVIES Review