This little box can unlock any iPhone

iOS the operating system that powers the iPhone, iPad and other iDevices has been regarded as probably the most secure operating system owing to the San Bernadinho case involving the FBI and Apple over access to the shooter's iPhone. At the time, Apple refused to honour the FBI's request to provide a backdoor to their OS. Fast forward to the present, and it seems that the iPhone and iOS isn't as impenetrable as Apple would've you believe with the number of "security firms" that have set up shop offering $5000 per device unlocking services to law enforcement services like the FBI and Police Departments.

According to Malwarebytes, there's a device been sold to law enforcement that can bypass whatever security method on just about any iPhone irregardless of the version of iOS that it's running. The device called GrayKey is made by a small Atlanta based company called GrayShift. GrayShift is said to be selling two versions of the GrayKey device with the cheaper one costing $15,000 and requires an Internet connection to work and $30,000 for the offline version. 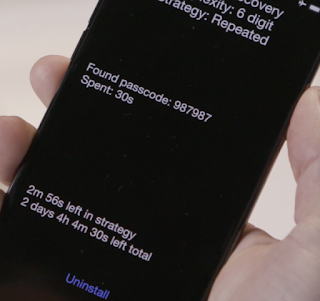 The iPhone needs to be connected to the GrayKey device for about 2 minutes to initiate the unlocking process, after which they can be disconnected. The actual unlocking process could take anywhere from 2 hours to 4 days (for longer passwords of 6 digits or more). 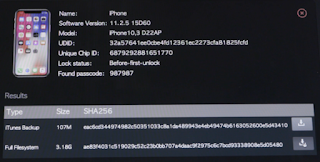 After unlocking the content of the iPhone can be downloaded to the GrayKey device where it can be read off a connected computer using a Web-based interface.