Get 6GB with Glo for Free 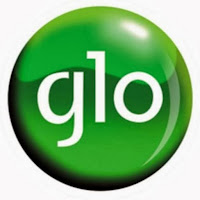 Glo the Grandmasters of data are back with another mouthwatering data offering data bonus offer yet again. The data offering is part of the Glo Yakata package which offers instant bonuses to any Glo subscriber.


New and existing subscribers to the Glo network will get both voice and data bonuses on every recharge they make: a N100 recharge will fetch you N350 for voice calls and 50MB of data in addition to the N100 recharge subsequent recharge will get you an additional 50MB.  Those who top up N200 will get N700 bonus for voice calls and 250MB data bonus, subsequent recharges will fetch an additional 100MB. The bonus received is directly proportional to the amount recharge and goes all the way up to 6.25GB (8.75GB) when you recharge N5,000.

The caveats are quite reasonable, calls made on this tariff plan are charged at 55k/s (N33/minute) for glo to glo calls, while calls to other networks are charged at 70k/s (N42/minute) which aren't all that dissimilar to what's obtainable on other networks. SMSes are charged at N4/SMS from the main account and N14/SMS from the bonus account. Generally the bonus account is billed first which is a good thing all things considered. The bonuses carry a 7-day validity however  if you have got an existing data plan, the bonus data is added to your data balance e.g if you are subscribed to a 1GB monthly data plan and you get 250MB, your data balance will become 1.25GB and the validity of the bonus data will be the same as the monthly data i.e 30 days.

To enjoy the benefits of the Glo Yakata, existing Glo subscribers would have to dial *220# to join the tariif plan while new users do not have to do anything as they are automatically enrolled to the Glo Yakata plan. According to the Glo Yakata FAQ page, this bonuses are available to new and existing customers for the next 6 months.
Data Data Plan Glo Glo Yakata