ye: Brilliant production let down by a rapper spiralling in the drainage 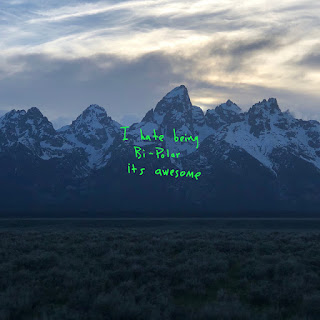 If you feel let down by the utterances made by Kanye West over the last month or so and was hoping that a new album would help you get over the whole "Slavery was a choice", Sorry.

I've been listening to the new Ye album, appropriately titled ye offer the last few hours. And if anything it has reinforced the thought that has been circling at the back of my mind for a few years now probably since Yeezus. I've come to the realization that the Kanye's biggest draw over the years is his ability to piece together samples and craft a masterpiece from it. However all that brillance is let down by a rather generous dishing of cringe-worthy lines.

If for anything, ye is remarkably similar to 4YEO just better produced. Like J.Cole, this album feels a lot personal with Kanye bearing his soul, embracing his mental health issues. And like 4YEO it left me with a feeling that this could've been better especially after having listened to DAYTONA over the course of the last 7 days or so. One wonders just how well the album would have turned out if these same beats and features had made their way to a better rapper. Here's an idea, let Pusha T get a pass over on some of the songs on ye and let's see what he does with it.


This is obviously not a review, just my thoughts after a day of listening