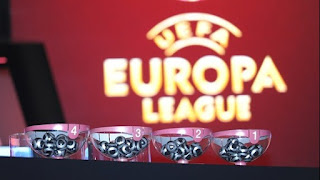 The draws for the group stages of the 2018/2019 Europa League was held earlier today at Nyon. And as far as the English teams were concerned, the group stages promises to be smooth sailing for both Arsenal and Chelsea. Arsenal have been drawn in group alongside Sporting Libon, Qarabag and Vorskla Poltava, while their cross town neigbours Chelsea would have too contend with greek side PAOK, Bate Borisov and MOL Vidi to progress from group L.

Former Champions Sevilla who missed out on qualifcation for the Champions league have been drawn in group Jalong with Krasnodar, Standard Liege and Akhisarpor. Scottish Champions Celtic are in group B along with RB Leipzig, RB Salzburg and Rosenborg in group B while Rangers are in group G with Villareal, rapid Vienna and Spartak Moscow