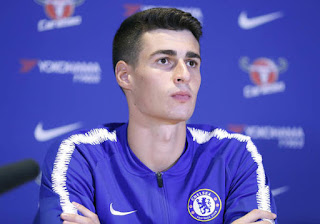 They say success comprises of '10 percent talent and 90 percent hard work' while some people argue that luck trumps all of those. And going by Chelsea's league win over Huddersfield, dumb luck is probably enough. And Chelsea might have hit a gold mine with Google's new search feature (shown below) which was able to help Mauricio Sarri solve his goalkeeper problem with Thibaut Courtois refusal to play for Chelsea as he tried to force a move to Real Madrid.
Fortunately Google had his back and was able to suggest a suitable replacement . 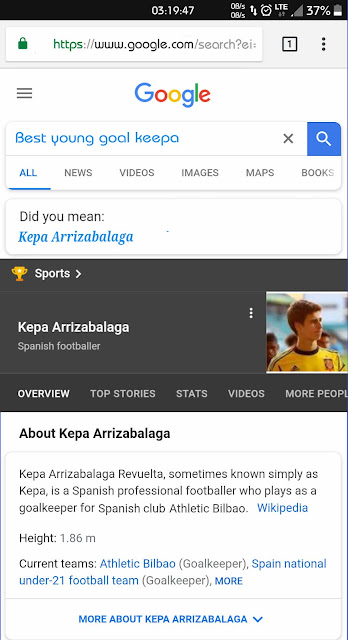