WE NEED TO TALK ABOUT BUYER PROTECTION IN ONLINE TRANSACTIONS 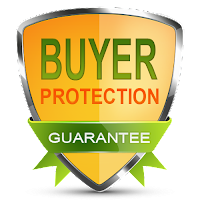 Buyer protection is nothing new, you are more likely than not to have come across it once or twice, and almost everytime if you use either Paypal or eBay. Buyer proection in its simplest form, a way of ensuring that the buyer is protected from fraud while shopping. The payment processor (Paypal) ensures the integrity of the transaction by reimbursing the buyer, he or her money in the event that product doesn't arrive or doesn’t meet the description. This buyer protection often times can extend beyond payment processors like Paypal to full fledged banks.


Online transaction has been something that the Central bank of Nigeria and the entire banking sector has been pushing for quite some time with their cashless transaction intiative and for what it is worth when it works it a pleasure to use but when it doesn’t, it leaves the conusmer/buyer having to bear the brunt of their loss and with little or no recourse. In other parts of the world, the banks are more than willing to assist their customers recover their money while in Nigeria, the banks tend to distance themselves from the transaction, leaving the customer to sort themselves out.


My experience with resolving issues with failed online transactions have left me with a bitter taste with the way that the banks handled the situation. The first one happened about a year ago with Stanbic IBTC LTD and Eko Electric Distribution Company. On one fateful day I had the need to purchase some electricity units using a Fidelity Bank ATM, while the transaction was succesful on the ATM screen alas it wouldn’t print out a reciept for the transaction I just made. After staring at the machine wondering what went wrong for a while, I finally had to go home to a house without power for the weekend. The following monday, I went to back to the bank that owns the ATM (Fidelity Bank) to make a complaint and I was advised to take up the matter with my bank which I did. At my bank (Stanbic) I was told that the transaction was successful and that I needed to speak to someone at EKEDC to sort out the matter, so I marched myself to EKEDC Marina office to make a complaint. The nice lady there told me that these things happen and the banks tend to push the issue to them to sort out hoping that the customer would give up and that I should ask for the token code from the bank as they (EKEDC) send over these codes to the bank after each transaction has been completed. So I headed over back to the bank and mouth the same thing to them and they took down some details, minutes later I get a call from their customer service guys and who collects some details from me. A few days later, I get a call from the customer service people again asking the same questions and the same pattern repeats itself over and over again more times than i’d care to recollect. Eventually my money was repaid and at the point that it was returned I had given up on the process and the bank. Taking three months to revert a transaction was a bit too much for me to bear.


My experience isn’t uncommon, and comparing notes with other people shows one common theme with Nigerian banks and that their penchant for disavowing any wrong doing when there’s an issue without any transaction on their platform which is in stark constrast to what’s obtainable globally. I have run into this kind of trouble with a UK retailer and my bank then (Lloyds Bank) was more than willing to sort out the issue for me within hours of making the complaint. After making the complaint to the customer care unit of Lloyds bank, every transaction that I had with the UK retailer was called back and my monies returned to me in full, I have even had some success doing the same for other Nigerian students who experienced the same issue with online subscription services that refused to honour a cancellation.


My experience with Stanbic and GTB has left me with only one resolve and that is to only do cash transactions from henceforth since I can’t trust the Nigerian banking system with my money. And for a country that’s serious about digital banking, these problems need to be addressed sooner rather than later. There has to be some guide or laid down rules for handling failed transactions and the CBN needs to get on this to ensure that consumer confidence is not eroded as it seeks to transition into a digital economy.