Your Retweets aren't as harmless as you think

I used to have that quote on my Twitter bio. I genuinely believed that but over the past few months I have come to know better than saying that. I have come to release that's just a way of saying "I know what I'm doing is wrong but I want to accept any culpability for it".
There's an old saying which reads as that All is required for evil to prevail is for good men to do nothing. In this age of social media, that saying could be rephrased as all evil needs to prevail is for people to Retweet, Share, Broadcast or Repost even if they think it's a joke.  And that's what the bad elements among us use as the strategy for furthering their cause.

But I meant it is as a joke


It really doesn't matter how you meant it, what matters is how people interpret it. During the Brexit referendum, some people thought it was just good fun to vote for Leave thinking that Remain would surely win but today that thing they thought could never happen is now their reality. 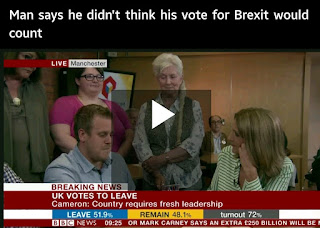 We've all seen those silly WhatsApp messages that our parents and peers receive and rebroadcast, and how receptive they are to it just because someone they know sent it to them.

Bad actors such as Ann Coulter and Tomi Lahren have capitalised on this and now employ our need to Retweet, Repost and Broadcast to further their racism for hire cause.  Even if you don't believe in their messages, your retweets and repost will help them reach a wider audience and eventually their target market.
In this age of Social Media, where attention is a currency, we need to be more careful about how we aid in the spread of misinformation, hate messages and realise that our attention, retweets, likes and reposts can imply support.

So be more responsible:
1. Don't retweet, like  or share content you don't agree with.
2. Take some time to research medical tips before Retweeting because someone could get seriously hurt or even worse die following those tips (There are doctors on social media who can help confirm some tips).