- September 30, 2019
For quite sometime now I have been rather unenthuse with the crop of phones (smartphones) been released. Even with all the features that the likes of Samsung, Apple, Hauwei and the likes tried to talk up during their release events. Each new device has felt like pretty much the same.

However at this year's IFA, Nokia or HMD announced a new flip phone which piqued my interest. However that interest was short-lived when I saw the price of the said phone. And ever since then it has left me wondering who HMD (Nokia) makes these devices for. 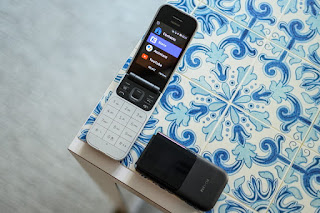 Especially since these not quite feature phones cost just as much as an affordable Android phone. At €89, the 2720 isn't exactly what you would call affordable especially when you could buy a Xiaomi Redmi Go for €80, an even more capable Redmi 6A at €90 or even the Nokia 2.2 which costs €90. On the KaiOS side of things, a similarly speced phone from say energizer costs a third of the price of the Nokia 2720 at €30. In Nigeria and South Africa one could pick up a Tecno, who also happen to be the most popular Android brand in Nigeria, made T901 KaiOS device for $25 or even the carrier branded MTN Smart which comes with 6 months of free data for $25. While one might argue that Nokia might position its device as a more premium KaiOS device a la Apple and the iPhone, however the 2MP camera doesn't help. 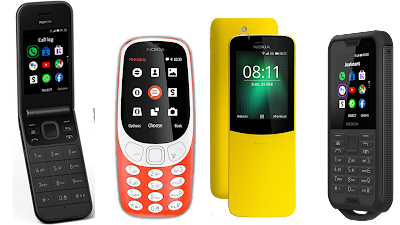 KaiOS, which the Nokia 2720 and the other newer throwback devices that HMD has brought back, was supposed to bring the remainder of the people still not using the current crop of Android and iOS devices to the digital age but so far with the exception of India (where it holds the second position in terms of markets share) it has yet to gain any significant foothold. And this creates an opportunity for this re-birthed Nokia to leverage its brand appeal and make its KaiOS devices the first choice for folks looking for a backup phone (which is something that's quite common in Nigeria) or something one would pick up for an elderly relative who needs WhatsApp and Facebook but can't quite handle the complexity of iOS or Android.
Nokia and HMD needs to comes to terms with the reality of KaiOS is and what it could do with it and price these devices accordingly or risk missing out on the wave like it did with Android years ago.